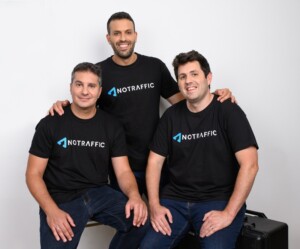 NoTraffic, which has offices in Israel and California, is a traffic management platform that offers AI controlled traffic lights allowing them to communicate information via the cloud and be efficiently controlled.

“We can retrofit an intersection in less than two hours,” says Kreisler. The company calls the system plug-and-play. It connects via 4G, 5G or DSRC. A connected ‘AI Sensor’ that includes a camera and radar is installed at intersections. Vehicles, pedestrians and other road users are identified and classified by data fusion.

The ‘Optimization Engine’ is connected to traffic light controllers. It aggregates the data and calculates variables and acts as a gateway to the cloud-based software and portal. The Virtual Management Center (VMC) controls the entire platform.

“Our mission to provide an efficient digital network that can be managed with a click of a button,” says Kreisler about the VMC. He says, with NoTraffic management, the traffic lights respond to dynamic road conditions in real-time. When traffic flows throughout the grid with fewer cars are waiting at red lights – red-light-running can be reduced by 70%. Plus, the digitised infrastructure connects with V2X technology.

NoTraffic is like a giant AI-chess player looking at the board and running hundreds of thousands of simulations that affect the overall game. Moves are analysed and augmented with traffic from other interactions choosing the best scenarios, says Kreisler.

For example, a city can change traffic flow for a night market, baseball game or big event.

“What we need is to bring technology to real-time traffic and look at the platform as a whole,” says Kreisler, “The next interest is in which vehicles get priority.”

He says it is like providing an iPhone with software that can do many things through the SaaS platform. The VMC can provide priorities to different road users, emergency vehicles, pedestrians, cyclists, or micro-mobility. In the future, intelligent intersections will be important to autonomous vehicles because 90% of autonomous vehicle accidents are due to a limited line of sight, says Kreisler.

“If you can have the information of what is coming around the corner, it is much safer. The sensors on an autonomous vehicle can’t detect things that are not in the line of sight. The hardest parts of autonomous driving are figuring out unexpected edge cases such as a car running a red light,” says Kreisler, “NoTraffic will unlock benefits for autonomous vehicles in the future.”

NoTraffic is on a mission to digitize the backbone of transportation – our urban intersections, to usher-in true mobility. The company’s real-time, plug-and-play autonomous traffic management platform uses AI and cloud computing to reinvent how cities run their transport networks. The NoTraffic platform is an end-to-end hardware and software solution installed at intersections, transforming our roadways to support modern demands. As a result, the  platform is surfacing a plethora of benefits and mobility services, bringing order and always-on connectivity to an otherwise not-connected, unmanaged network. 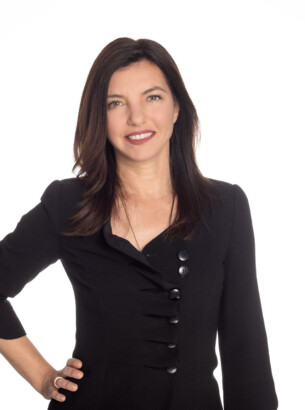 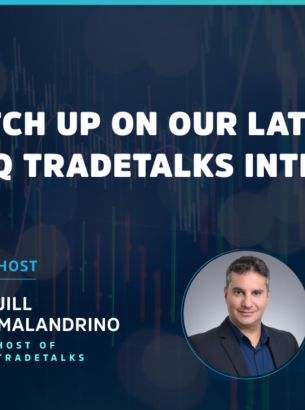